Highly-variable drugs (HVD) are the drugs whose within-subject variance is larger than 30% (1). In other words, most of the drugs have a predictable pharmacokinetic profile within a subject, but there are drugs whose pharmacokinetic profile may differ from one use to another. These drugs, with high within-subject variability, are believed to have a wide therapeutic window, and despite high variability, these products can be both safe and effective. However, with higher uncertainty around their pharmacokinetics and their efficacy, the chance of a spurious result increases. Therefore, it’s important to take additional measures to account for the higher variance.

Under standard regulatory conditions for bioequivalence, HVD testing faces many challenges. In bioequivalence studies, where the 90% confidence interval for the ratio of the geometric means of the two drug products should be between 0.80 and 1.25 (2), the clinical trial would have to enrol an uncomfortably large number of subjects. This increases the costs as well as the chance of safety issues. For example, to demonstrate BE with 90% power, it was estimated that 136 subjects would be required for a drug with 60% within-subject coefficient of variation even if the test and reference products were identical (3). To combat these issues, regulatory authorities introduced new procedures in the last decade.

The limits differ between the FDA and EMA. The FDA suggests that the reference product should be measured at least twice in each subject. That means either a 3 or 4-period study is needed. The bioequivalence limit is scaled as well by a regulatory constant. FDA recommends 0.25 as the constant based on a 25% coefficient of variation. The scaling factor is used when the variance of the area under the curve contrasting plasma concentration with time (AUC) or the maximum concentration (Cmax) exceeds 30%. The confidence interval for BE acceptance scale accordingly (for mathematical details, read the computational procedure described by the FDA (4)). 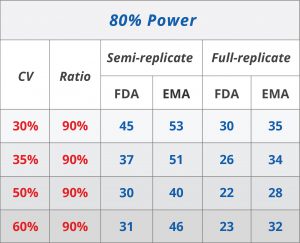 Table 1. Reference-scaled BE approach: Comparison of FDA and EMA (6).

These differences do have important implications. Generally, FDA guidelines are more permissive and demonstrating BE is more likely under FDA guidelines rather than EMA requirements. Coming back to the regulatory constants, EMA uses 0.294 when the intrasubject CV is larger than 30%, though, FDA uses 0.25 at the same threshold. Whereas the bioequivalence limits under the EMA framework scale gradually, a discontinuity is introduced using the FDA’s regulatory coefficient.

This has important implications for the consumer as well. Type I error, the probability of rejecting a null hypothesis when it is, in fact, correct, in this case, means that two products are accepted as bioequivalent when they are, in fact, not bioequivalent. This type of error is also known as consumer risk. The error is kept small, and sample sizes are used to keep it at 5%. However, under the mixed strategy framework, the observed variance of a drug may differ from the true variance. As an example, if the observed variance is over 30%, but the true variance is 29%, the drug would be considered highly variable, and wider acceptance limits would be applied. Because of this, there is a higher risk of false acceptance. The type I error estimates vary, but the EMA regulatory constant is more favourable and reduces the risk that a non-bioequivalent drug will reach the consumer market.

The approach of scaled bioequivalence is enormously advantageous: it decreased the number of required subjects and allowed testing highly variable drugs. In principle, both the FDA and EMA have similar approaches to scaling bioequivalence, but the differences favour the approach suggested by EMA. There is still much work to be done to account for higher than nominal Type I errors as well as revisiting the optimal study design under the FDA guidelines.

You can find out more about which cookies we are using or switch them off in settings.

This website uses cookies so that we can provide you with the best user experience possible. Cookie information is stored in your browser and performs functions such as recognising you when you return to our website and helping our team to understand which sections of the website you find most interesting and useful.

You can adjust all of your cookie settings by navigating the tabs on the left hand side.

Strictly Necessary Cookie should be enabled at all times so that we can save your preferences for cookie settings.

If you disable this cookie, we will not be able to save your preferences. This means that every time you visit this website you will need to enable or disable cookies again.